Johnson Hall is the oldest residence hall at Virginia Commonwealth University. Built in 1915, it was originally a high priced apartment building. Each of its upper floors contained four large apartments. VCU bought Johnson Hall in the 1950s and renovated the building into a residence hall.

A central plant consisting of boilers and pumps in the basement and a 224 ton chiller on the roof provide the heating and chilled water for the coils throughout the building. The 259 dorm rooms are conditioned by fan coil units via a dual-temperature (heating/cooling) 2-pipe system.  Outdoor air is provided via two 100% outside air rooftop units that condition the corridors from the 1st to the 12th floor. General exhaust for the multi-stall restrooms and laundry rooms are provided by roof-mounted exhaust fans.

PACE was asked to perform an assessment to essentially retro-commission the existing HVAC system. There were numerous complaints of the building being uncomfortable during the heating and cooling seasons in addition to elevated humidity levels during the cooling season. Retro-Commissioning services included a comprehensive verification of the proper operation of all mechanical equipment and the controls system.  In addition, air and water measurements were accomplished by PACEs’ NEBB certified personnel to determine a baseline of how the systems were operating. Unique to this project was the ability for VCU to respond immediately to deficiencies as they were encountered. A spreadsheet was developed on Google docs for participants to track, view, and record deficiencies when a deficiency was reported. In addition, when a deficiency was corrected, it provided insight on what was corrected and by whom. Corrective measures and improvements were incorporated in a number of areas resulting in a more energy efficient operation.

Based on the results of retro commissioning, the HVAC systems were found to be incapable of maintaining humidity and comfort levels within the building; therefore, leading to a comprehensive renovation of the entire building.. 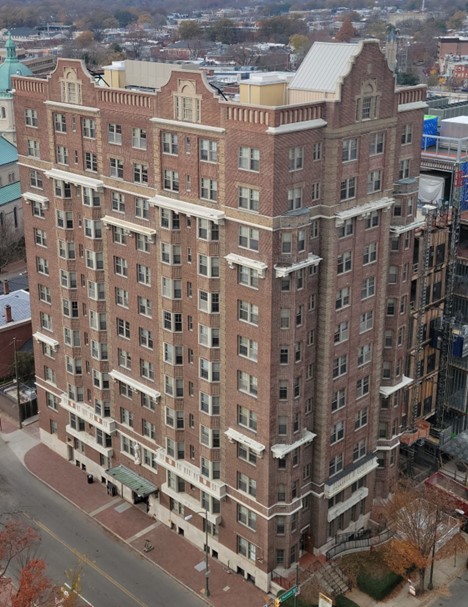