PACE Collaborative provided mechanical, electrical and plumbing engineering services for the renovation design of Sandy Hall at Virginia Tech in Blacksburg, Virginia. This LEED Silver certified, 15,762 gross square foot building, was originally constructed in 1924 and has not had any major improvements or renovations since the building came into service. The facility is on the National Historic Register and fronts the famous Virginia Tech Drill Field.

The renovation included full replacement of the HVAC, electrical, and plumbing systems as well as improvements to the exterior envelope, hazardous material abatement, and minor structural improvements. The project also included the construction of two small building additions which house new stairways and restroom facilities. The mechanical design included the use of active chilled beams which allowed the central station air handler and duct distribution systems to be significantly downsized as compared to a conventional VAV air handling system. The ability to downsize the equipment and ductwork was instrumental in being able to preserve as much of the original interior architecture such as high/open ceilings within the building. The HVAC systems utilize a standalone air-cooled chiller for cooling and campus steam for heating. Provisions were included to allow the building to be connected to the campus chilled water system in the future once service is extended to this end of the campus. The electrical system was designed with energy efficient LED light fixtures and a state-of-the-art lighting control system, which includes the use of occupancy sensor to turn off general-use light fixtures, as well as convenience receptacles to further reduce energy use when the building is unoccupied. 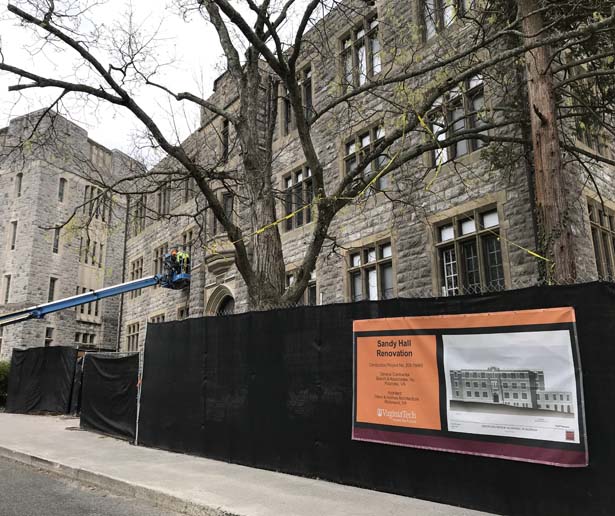