PACE Collaborative provided mechanical, electrical and plumbing engineering services for the renovation of the historic Scott Shipp Hall located on the Virginia Military Institute (VMI) campus. The project included the renovation of the existing facility which was constructed in phases in 1918 and 1950, as well as the construction of a 28,000 SF building addition which will increase the overall building area to approximately 95,500 SF.  The facility is home to five academic departments and includes classroom and administrative spaces.

The renovation was particularly challenging given the various portions of the building had varying floor to floor heights and had different structural systems.  As such, close coordination with the structural engineer and architect was required to ensure the new MEP systems would fit within the tight spatial constraints with the facility.

The electrical system was designed with energy efficient LED light fixtures and a state-of-the-art lighting control system, which includes the use of occupancy sensor to turn off general-use light fixtures, as well as convenience receptacles to further reduce energy use when the building is unoccupied.

Phasing was critical as portions of the building are to remain occupied during construction limiting required swing space on Post outside of the project footprint. 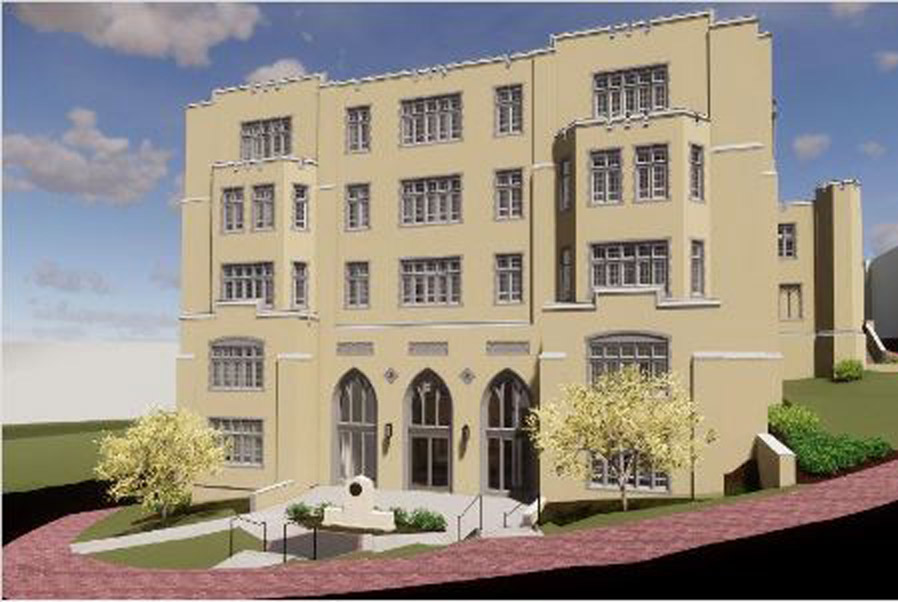